First we had this:

Note how cyclists must give way to a post. Soon Northern Ireland’s Roads Service realised that giving way to an immovable object wasn’t going to work.

The man with shares in the green paint factory went, “I know, I know”. And he did this: 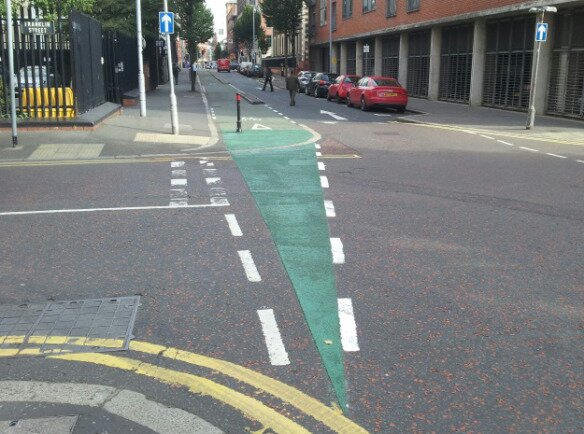 He was obviously inspired by this creature from just after creation the late Jurassic. The cyclesaurus was born.

An unnamed source tells me that the Caleban was not amused at having dinosaurs roaming the streets of Belfast once more. Pictures of dinosaurs might lead people to question the veracity of the account in the bible. And doubt the existence of Dr Ian Paisley himself.

And so, on Monday, 13 January 2014 a SWAT team descended on the defenceless dinosaur and killed it.

When the dust settled and the smoke cleared there was a new beast. The book of Revelation says: “It had four frightful heads and wings like a bird. Its terrible voice when it started to speak was a yowl and a growl and a croak and a shriek.”

Here it is. Bow at its feet, motorists, pedestrians and cyclists! For it shall defeat everyone who lays eyes on it and cause many Road Traffic Collisions. 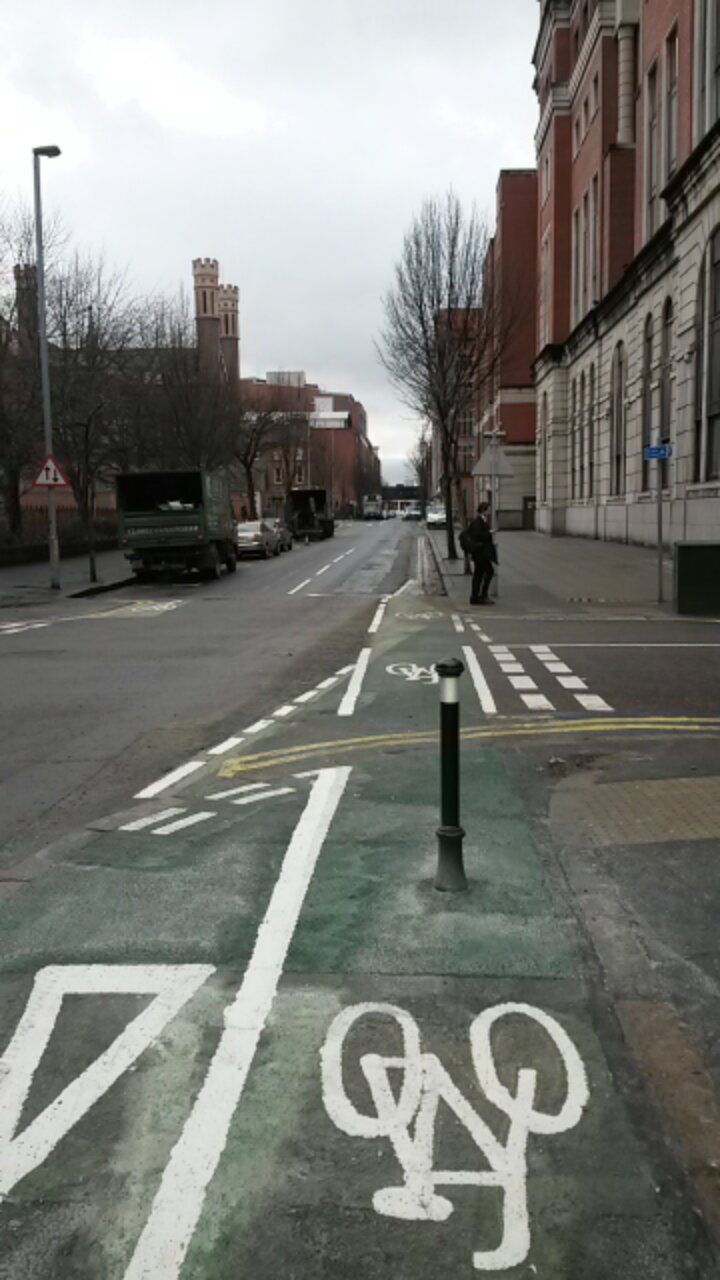