The roundabout outside Stranmillis College is pretty horrific as a cyclist at night. Probably should have used the zebra crossings.

Stranmillis Roundabout in South Belfast is used as an alternative route for commuting cyclists accessing the Towpath in winter when the Botanical Gardens are closed.

It also serves as a route from the residential areas of Stranmillis to the Towpath. A nearby desire line bears this out: 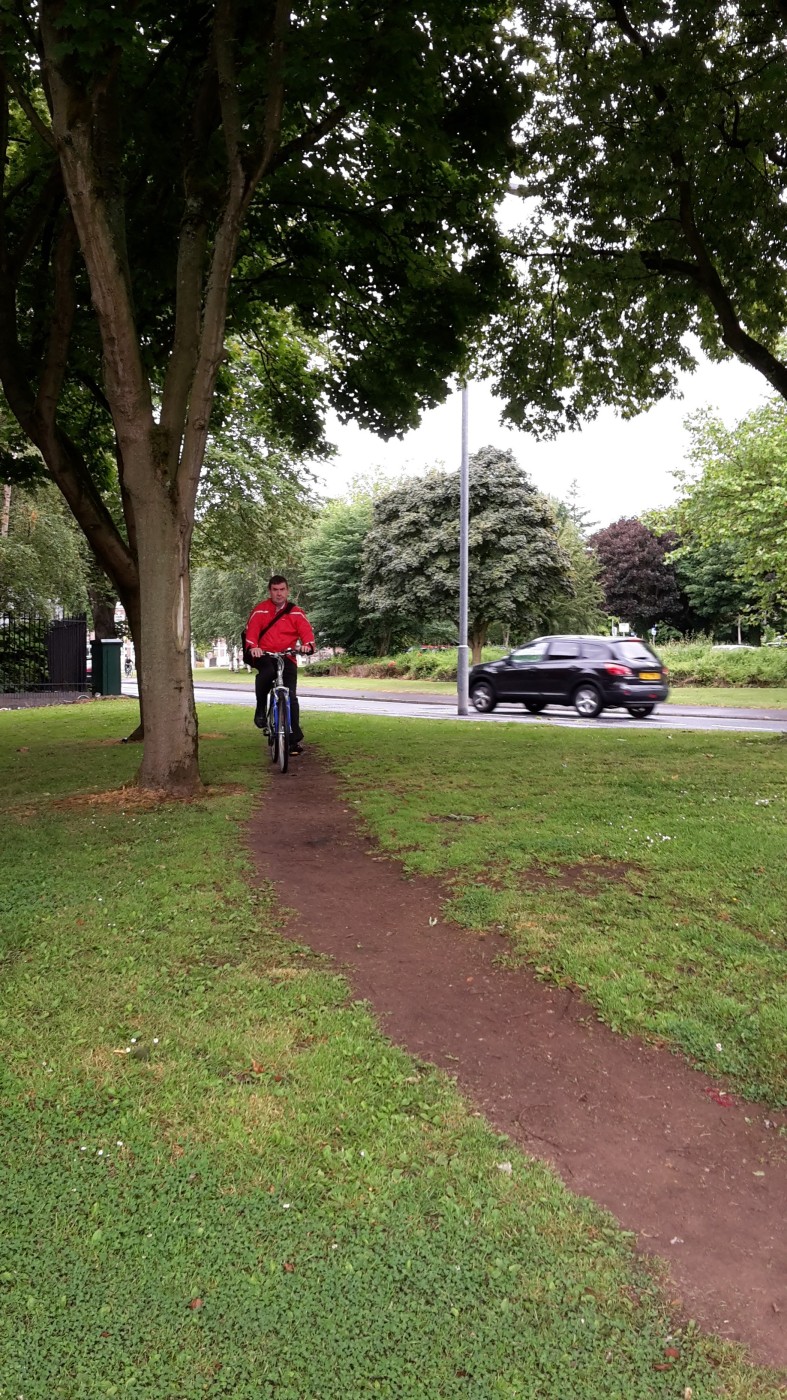 and the entrance to Stranmillis College. 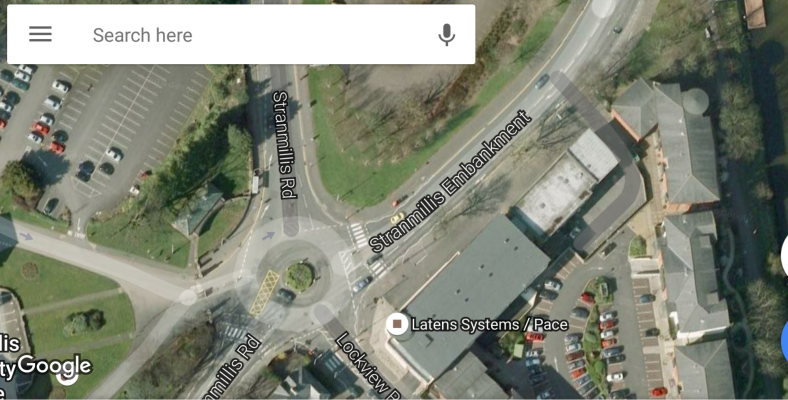 The roundabout is a standard UK circle with two rings, a central island and has zebra crossings across all the arms. There are 2 bus stops: just north of the college gates for city bound Metro services and at the start of Stranmillis Road

The area to the south is mainly residential with a few small business at Lockview Road, including 5a, a cycling themed café. To the west is the Stranmillis College estate; the Lagan to the east and Stranmillis village and Queen’s University to the north.

The roundabout has no dedicated space for cycling. Stranmillis Road has a painted cycle lane, but this stops well short of the circle. 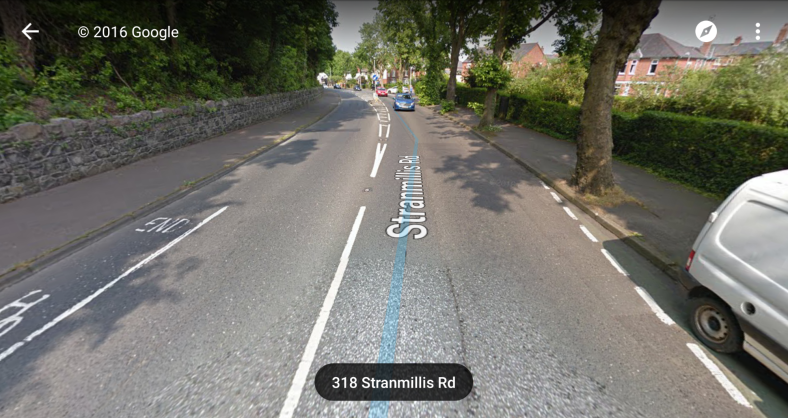 There is a short shared use path from the roundabout along Stranmillis Embankment towards the Lagan. A marked crossing takes cyclists to the segregated path on the other side of the Embankment. Most cyclists ignore the shared use path and instead cycle down to the river on the footpath on the other side of the road and follow the track used by the cyclist in the photo above.

The circle has been the scene of a number of collisions involving cyclists: 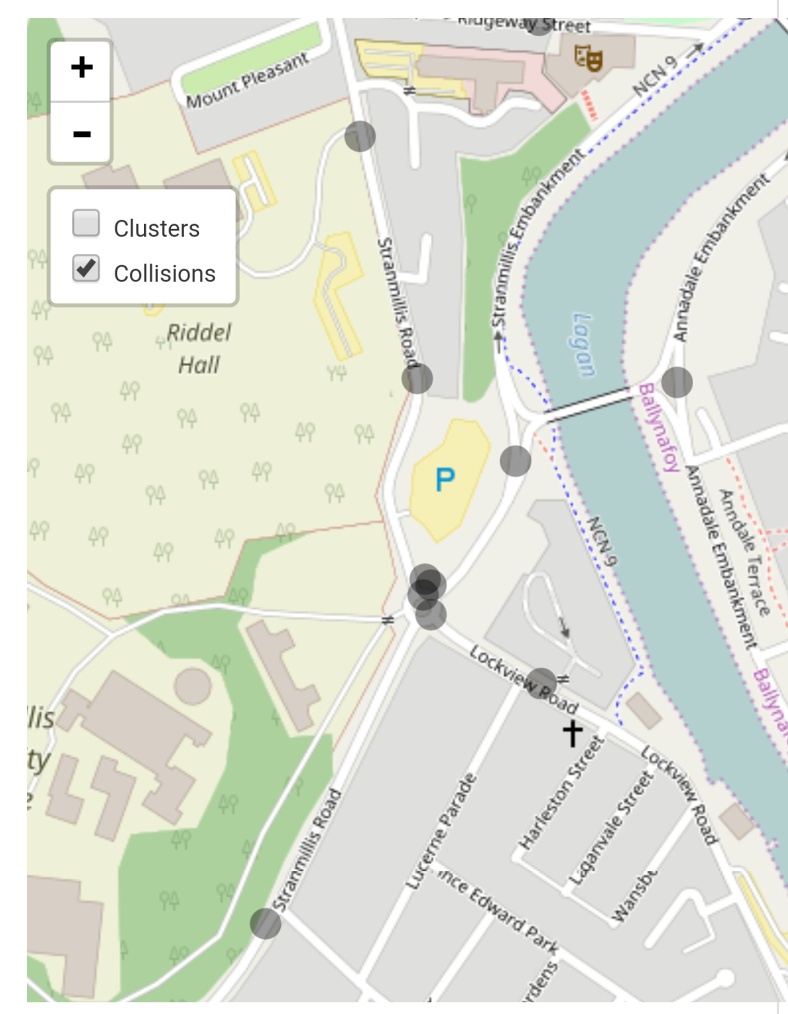 Each dot is a collision involving a cyclist

Because it is directly adjacent to one of Belfast’s busiest cycle routes the roundabout’s layout should be altered to accommodate cycling.

We can make the circle safer by making it look a bit like this “monstrosity”. (Like calling a lifebuoy at a scenic seaside beauty spot an eye sore.) It’s European, so therefore it’s mad, bad and dangerous to know, even if it saves lives…

For a more detailed report see the TRL report (pdf) and the view of the LCC here.

In real life a Dutch roundabout looks like this one at Laaghuissingel in Venlo, where cycling has a modal share of ~30%: Roundabout with priority for cyclists in Venlo

Going around in circles, going nowhere fast
Currently Stranmillis roundabout is set up to improve traffic flow. In contrast, continental designs of roundabouts have road user safety in mind.

The most significant change would be reduction in number of lanes approaching the circle, and reducing the circling lanes from two to one.

At Stranmillis there is an over-provision of vehicle space. Most of the day the circle is quiet. At rush hour the roads in the area grind to a halt. Either way, the present circle is not meeting needs.

The traffic levels in Stranmillis fall within the first category: a roundabout with one circling lane and single approaches should suffice. The area sees a peak flow of approximately 1400 vehicles per hour, and 14,000 vehicles a day.

There are significant numbers of pedestrians and cyclists using the circle, due to its proximity to the University, Stranmillis College and the Towpath.

For what it’s worth here’s the Strava heat map: 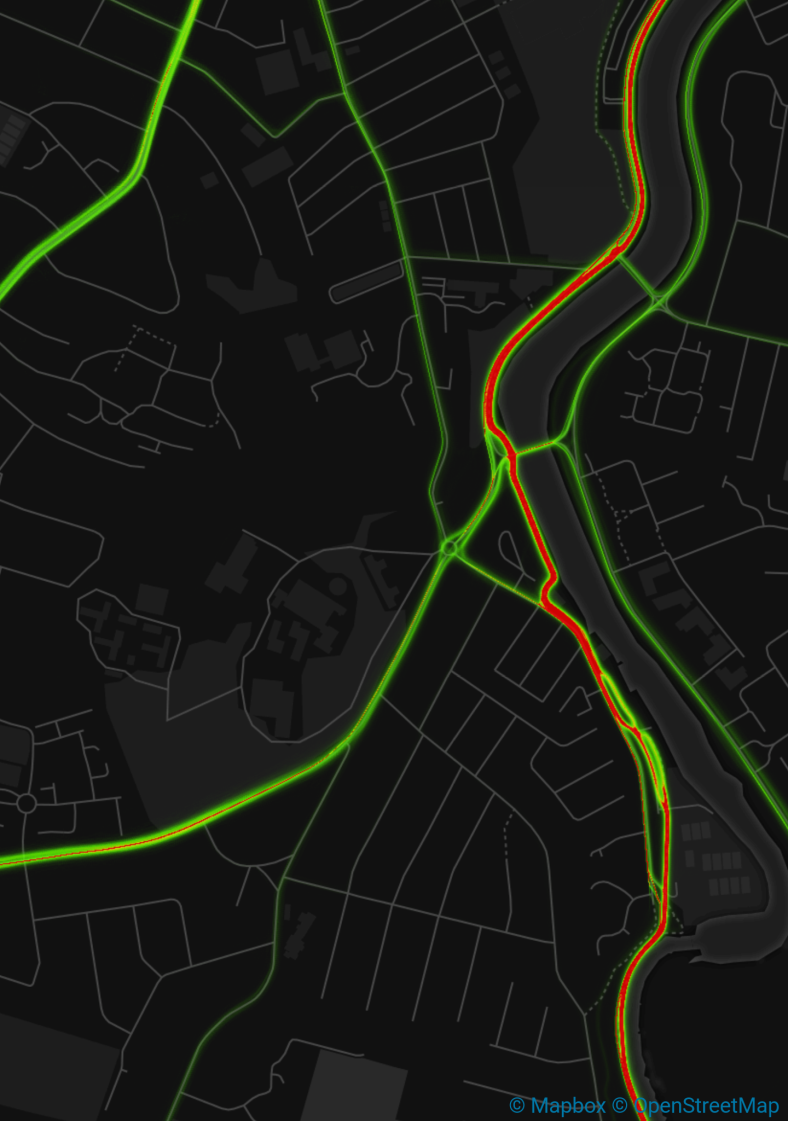 At present northbound traffic is split between two lanes, which past the roundabout are merged on Stranmillis Embankment. Why? The merging causes delays for traffic leaving the area. It is an area of conflict between drivers, and it should not surprise most collisions involving cyclists are here.

Reducing vehicle traffic space will increase available space for pedestrians and cyclists. More space can be found by realigning the arms and make the entries and exits less flared. 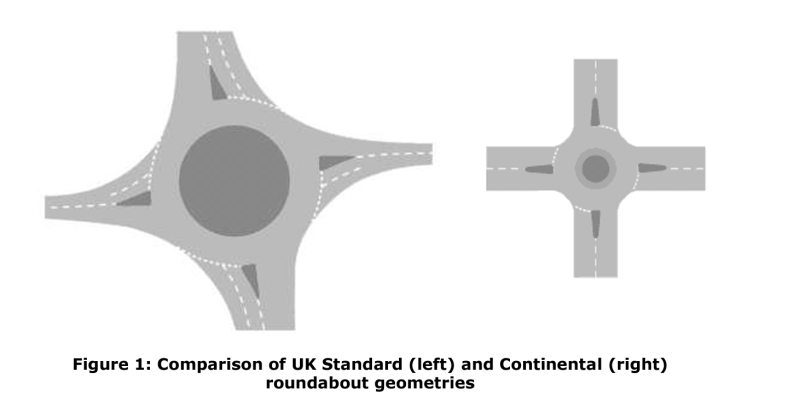 Reducing vehicle space is something guaranteed to raise hackles within the NI Department of Infrastructure. Despite the pro-cycling leadership proposals to reduce speed limits, impose filtered permeability, bung up rat runs, remove vehicle access, etc are met with Departmental opposition. 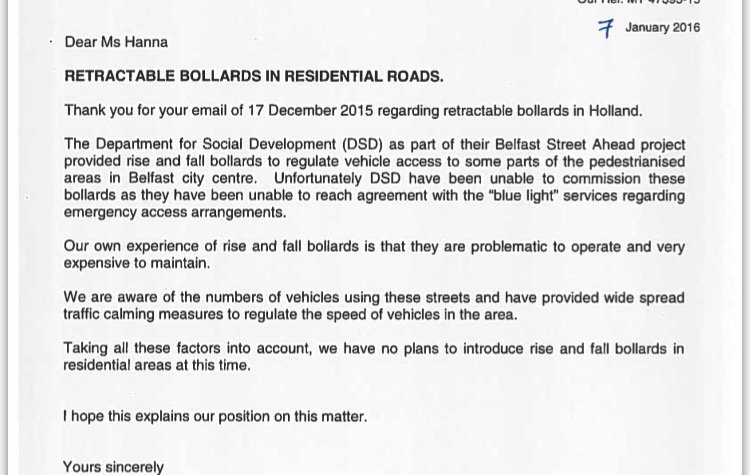 Typical Response from Department of Infrastructure

If we want to grow cycling in Belfast we need to rearrange our road space, and start thinking about moving people rather than vehicles. So more bus lanes, not fewer and segregated safe space for cycling along main arterial roads.

Other roundabouts in south and east Belfast where cyclist will benefit from a re-design are Ormeau: 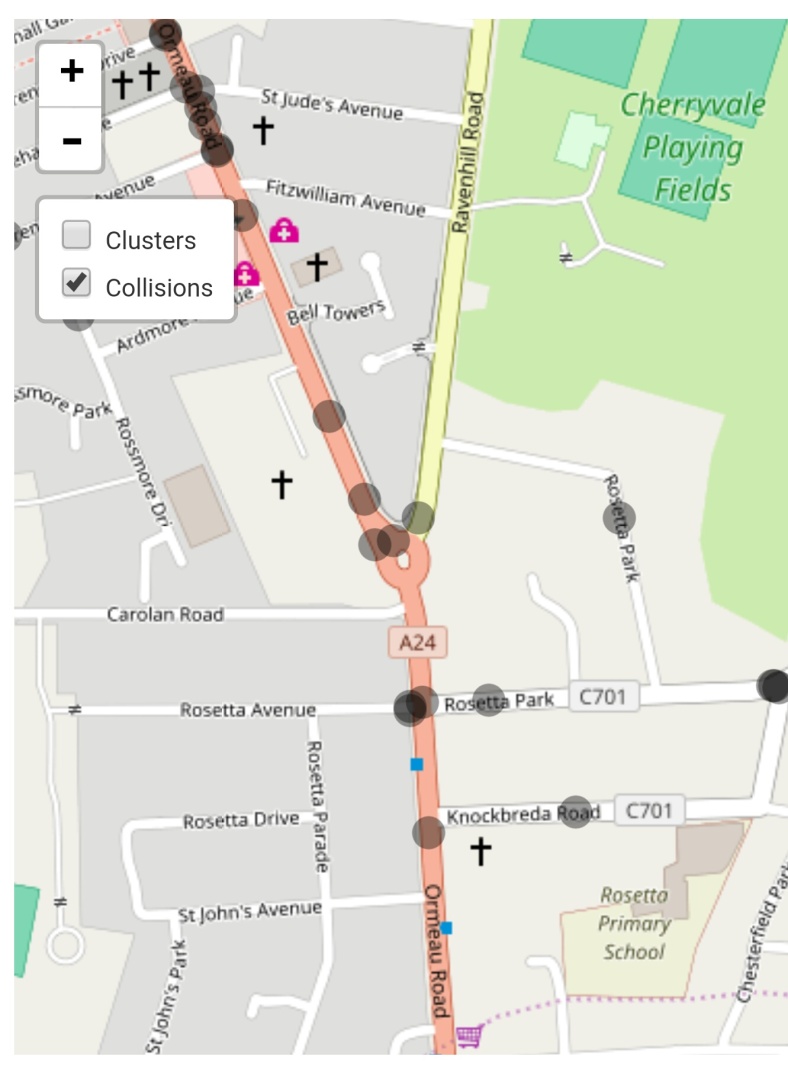 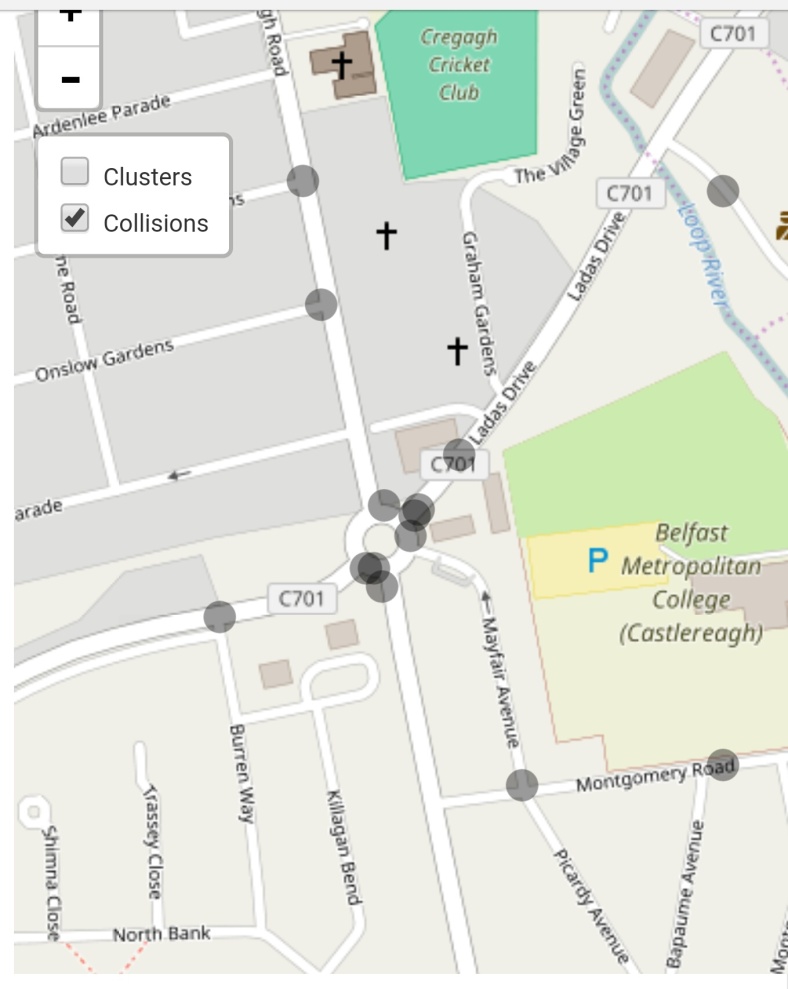 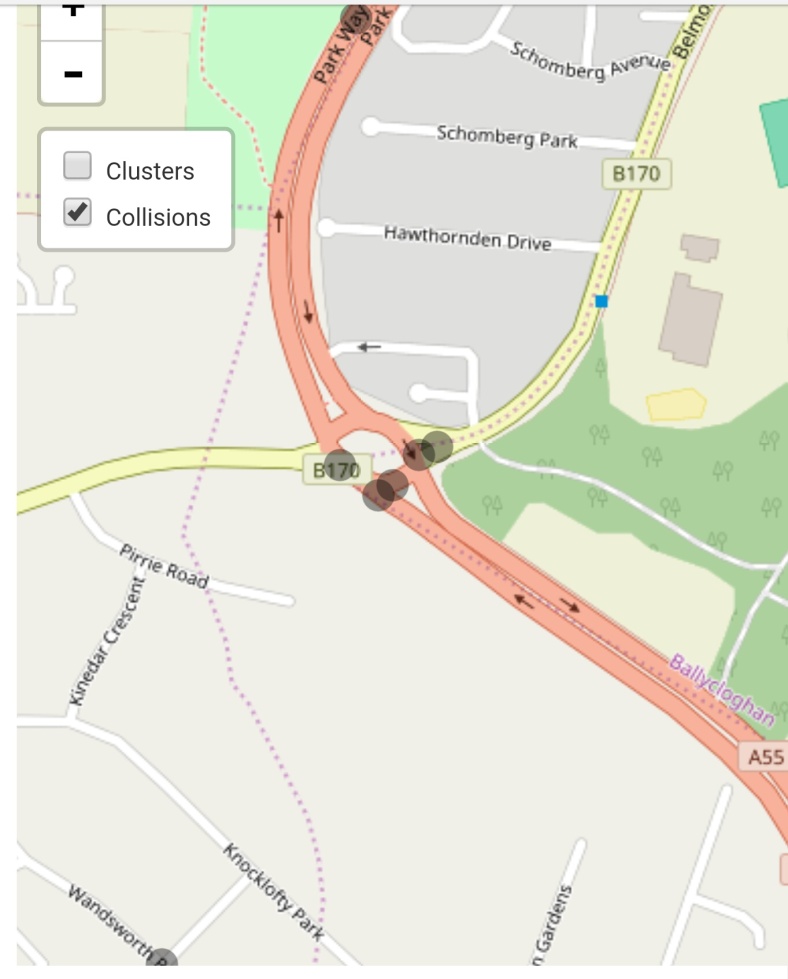 And away from Belfast’s cycling heartland, Carlisle Circus: 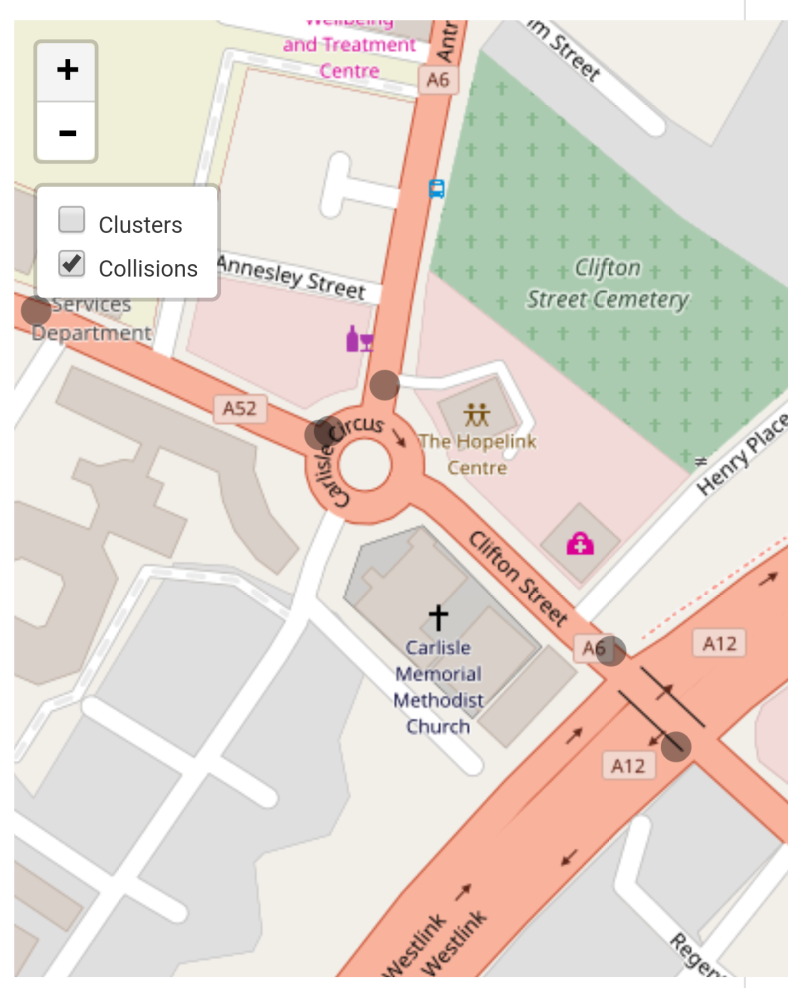 Feel like I am on another planet cycling in the Netherlands. This is a roundabout. Amazing. pic.twitter.com/QefVVeNL1I 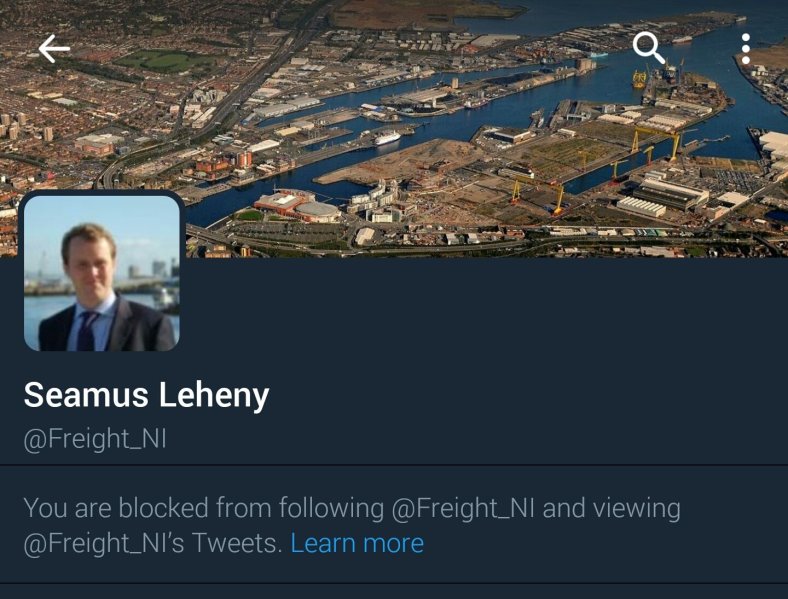 Survey finds 56% of truckers admit they use phones at the wheel https://t.co/9YjL1CN4Uk by @NeilLancefield pic.twitter.com/09ABbp0UF1

Another cyclist death, another HGV involved. How many must die for @Freight_NI to accept it is an industry wide problem?

The FTA in NI are proud of their initiative to send HGV drivers into Belfast on their bicycles. It is a good initiative, facilitated by Sustrans.

Some of our drivers will be taking to their bikes in Belfast today as part of the Safe Urban Driving course 🚴 Wish us luck!

Have you heard the excellent news? We won FOUR prestigious awards…all in one week! WHOOHOO!🍾🎉 https://t.co/5dWvjTN98v pic.twitter.com/Hpn4vafnYW

You might consider working for such a fine company:

But there’s a problem. Look at the photos. River Ridge Recycling operate mainly in urban areas, with vehicles fitted with standard cabs and lacking guard rails. 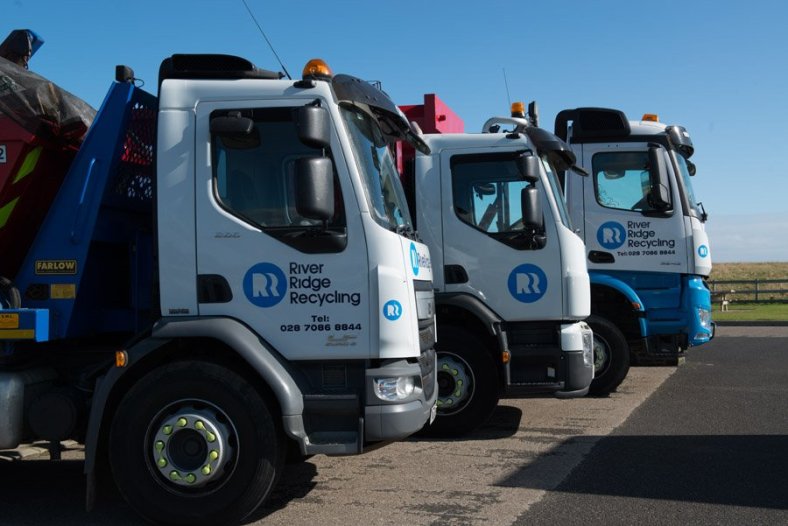 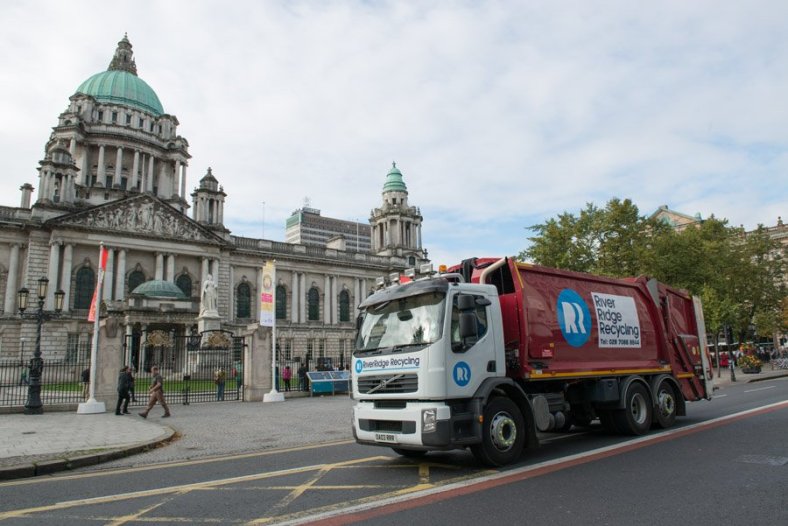 So I asked Seamus how it came about that a company that operates a fleet of vehicles unsuited to an urban environment could win a road safety prize. Where are the cabs that allow a driver to see pedestrians and cyclists directly? Why does it not operate vehicles like these: 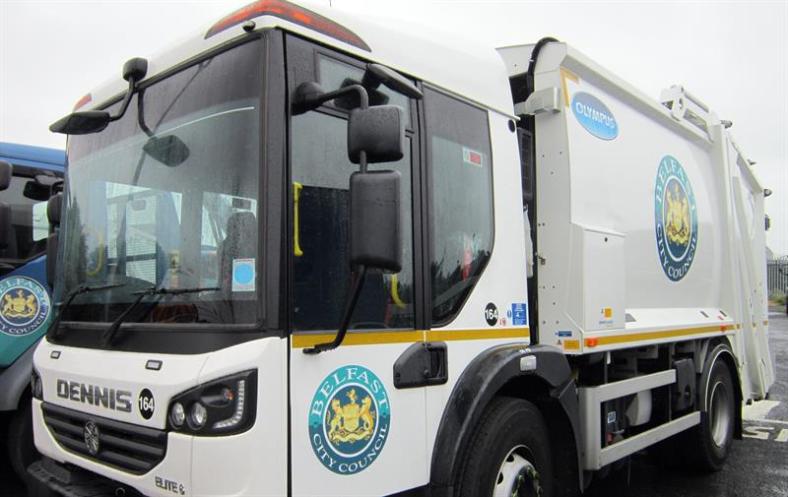 The FTA in NI have long argued that road deaths, drivers and vehicles breaching regulations are down to a few rogue operators; that the majority operate within the law.
This is what RSA Ireland found:

Quite apart from the aforementioned 56% of HGV drivers who drive whilst using mobiles.

Man who endangered motorists by using his mobile phone whilst driving on the motorway in #Barnet jailed after causing three car pile up pic.twitter.com/qrZ7pmgnLZ

The industry and its representatives have a choice. Either, address road safety issues by, for a start, removing unsafe vehicles from our streets, arguing for stricter fines and punishments for operators who break the laws and adopting safer lorry designs.